Plastic Enclosures Plastic enclosures are boxes, containers or other shapes that are used to protect, store or otherwise control objects. A plastic enclosure can be a plastic square or rectangle as well as more unusual shapes, especially in the case of small consumer electronics. 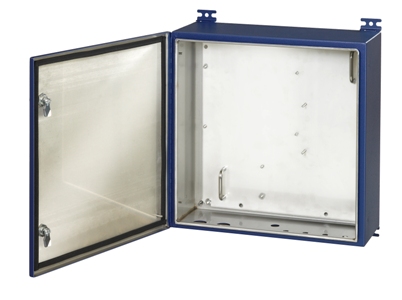 Hinged boxes drilled with holes for wire access are an example of plastic enclosures; such boxes are often suspended from the sides of buildings and allow access to telecommunications equipment by technicians.

Plastic remote controls are an example of plastic enclosures; they are first fabricated and then fitted with circuitry and plastic or rubber buttons. Plastic enclosures can be video game controllers, computer enclosures and electrical component housing.

They can house televisions, wireless Internet routers, calculators, motors, coolers and an extensive variety of other industrial, commercial and consumer products. Plastic enclosures offer some features that metal enclosures cannot.

They are highly customizable and can be molded into a greater variety of shapes than metal. They can be more lightweight, less electrically conductive and better insulated than metal enclosures. Their lightweightness makes them especially useful in the construction of portable electronics like laptop computers.

Plastic enclosures keep electronic components together and prevent them from becoming contaminated by dust or damaged by impact.

A wide variety of plastic materials are available for the fabrication of plastic enclosures. For sturdier applications, high-density polyethylene (HDPE) is often used because of its strength, durability, resistance to extreme temperatures and its relative low cost. 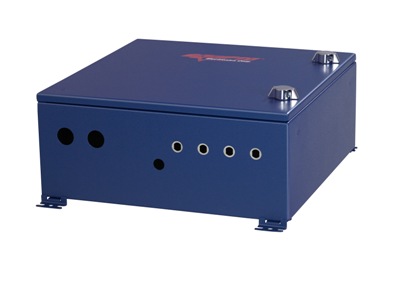 The thermoplastic forming method most commonly used to create plastic enclosures is molding. During molding processes, a collection of raw plastic stock is gathered and heated to its melting point. At this point, molding methods deviate from each other slightly.

During injection molding, the plastic can be injected into a mold cavity, which is a shape designed to be filled with molten plastic in order to give the plastic its shape. In blow molding the process is similar, except that compressed air is blown into the cavity to make the inside of the plastic become hollow.

In both methods, after the formation process is complete, the plastic is allowed to cool and harden, after which it is ejected from the mold as newly-formed plastic enclosure parts.